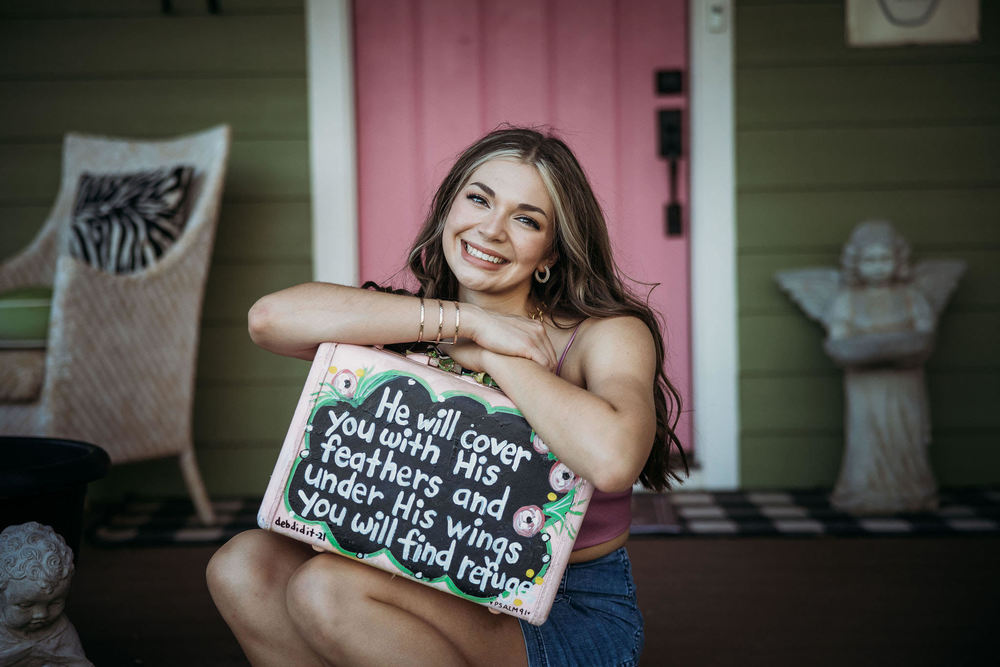 Maci Hartsell is the Class of 2022 Honor Student. Maci has a grade point average of 99.49. She  is the daughter of Ashley and Amy Hartsell and the younger sister of Gunner Hartsell. Maci  Hartsell is the Vega FFA Vice President, serving also as the Reporter and Secretary throughout  high school. Maci has been a member of the National Honor Society for the last 3 years, as well  as being involved in Student Council for 3 years. Maci will graduate with 31 Dual Credit hours.  Maci has qualified for state in FFA Leadership Development Event Creed Speaking twice, and  also served as the Amarillo District FFA Vice President. Maci has played basketball and golf for  the Lady Longhorns all 4 years of high school, also playing volleyball her senior year. Maci has  been named to the All-District team her junior and senior year for basketball, as well as All Defensive team her junior year. Maci was named Honorable Mention All-Region team as a  golfer her freshman year. Maci has signed a letter of intent to play basketball for the Flying  Queens at Wayland Baptist University and will pursue a degree in molecular biology with a  minor in chemistry.